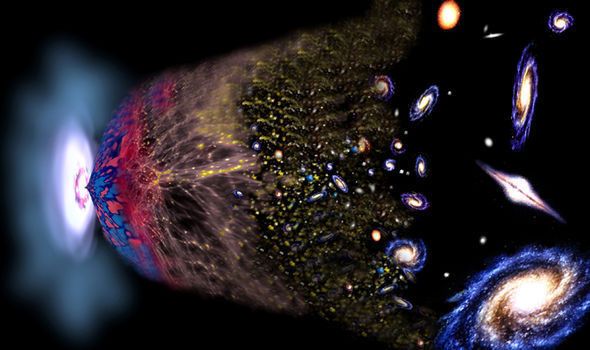 Over my last few blogs I have been looking at our connection into the Universe. I have discussed how Physics has been very successful in providing rather compelling evidence of our physical evolution, not only from the birth of our planet and the natural selection that followed, but all the way back to the so called “Big Bang” at the beginning of our physical Universe. My blogs have been looking at the vagaries of Quantum Mechanics and the possibility of spawning multiple Universes in dimensions past where time and space can be measured. Alongside all of this I have been injecting a perspective from a Buddhist point of view which does seem to be very much supportive of Physics up to as far as it goes. We have seen that the physical universe can account for about 20% of the observed energy in the Universe while the remaining 80% of energy is in a form other than what we can know as physical.

My insight tells me that the Buddha’s teachings will be the way forward to fully understanding this remaining 80% of universal energy, which includes the heart of our human condition along with the relationship we have to the Universe we live in. Buddhist practice can give a truthful and clear insight into Consciousness. To approach and fully understand this deep insight, which cannot be measured conventionally, we need to practice in a direction that will relax our mind until stillness is refined enough to objectify our consciousness. We need to be able to know personally and understand beyond the subjectivity of our consciousness, to a place that cannot be measured or confabulated into a theory. The Buddhist point of view is that all the energy of the Universe is made from the energy of consciousness. It creates our physical Universe and all that we can measure.  It needs to be said however, that there are many other non-physical mental worlds and places that the consciousness of our mind can be conditioned to take us to. We need to get behind it all!

To understand the energy that makes us and the Universe, we need to first understand that consciousness is not something that is produced from increased physical complexity as thought by mainstream physics. Consciousness has always been present. It is consciousness that makes and defines the physical. (In my next blog I will look more closely at how mental consciousness works to fuse into the physical.) Consciousness comes first! Consciousness is embedded into every aspect of the Universe --- it is formed by consciousness. It is a moot point to ask how it all began. When the Buddha was asked, he said that he had “looked back over twenty four Universal cycles and no beginning could be seen”.  It is natural then to consider the other end of the spectrum to see the bookend of everlasting life, as championed in the Christian tradition, but from a Buddhist Perspective this is very misleading. 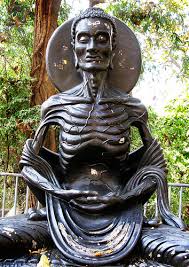 When struggling with these questions of duality, the Buddha (before he had released himself to become the Buddha,) realised he would need to investigate what he saw as the Middle Way. The middle way between extremes! He had been practicing ascetic extremes and was so emaciated he was at death’s door when he realised this was not the way. His followers saw him as back-slider and left him! The Buddha having been born as a noble man, a prince born into the luxury and wealth of a royal family knew about excess, so this austere practice had given him a view of both extremes. It was the middle way that rescued his sanity and allowed him to discover for himself the “absolute truth” of the Present Moment!

Right in the heart of the present moment, between past and future extremes is where he discovered that Consciousness is a condition that has a dependent origination and as such it has the propensity to finish. He saw that it follows what was to become his second and third noble truth, in that it begins and ends. Consciousness is feeding back, beginning and ending countless times in the wink of an eye. Its feedback gives still consciousness an identity to discern. Then in the flawlessness of his clarity, he saw it suddenly come to an end. Using the perfection of his Concentration, Mindfulness and the balanced energy of his mind, he saw stillness finish and he realised he had found the path to enlightenment. Consciousness had stopped its feedback process into his mind and he realised the Universe had integrated within him. Because the Buddha had been perfecting his practice over many years prior to this revelation, he was able to sustain this realisation without being pulled back out into the world. In spite of or perhaps because of his personal conditioning that had brought him to this point in his life, he was able to live another 40 years or so until the karma of his aging body allowed him to finally die without any rebirth into a state he called “Nibbana”. Before he died he was called “Arahant”, which means fully enlightened without any possibility of back-sliding. He knew he would not be reborn. He had realised and maintained what he called “the deathless”.

When asked to explain what this state of enlightenment meant, he is said to have “Maintained a Noble Silence”. He explained that any words or concepts going to explain this state would contaminate it and

that each of us need to realise it for ourselves, because it is beyond conceptualising. Another helpful concept he used was to call himself the “Tathagata”. I will provide a sidebar that I have used in previous blogs to explain what this means.

It is important for me to stress that these concepts are very subtle and require the mind to be very still in order to know deep, beyond even the stillness of mind. When the Buddha first realised enlightenment he thought, “How can I ever teach this, it is too subtle --- no-one will understand”? It is said then that all the forces of good in the Universe came to his mind and said, “Teach those with just a little dust in their eyes”. And so it was that he used his clairvoyance to see where his colleague monks that had abandoned him earlier were staying. He saw that they were in the Deer Park in Benares, so he travelled from Bodhgaya to teach them. When he arrived his disgruntled followers reluctantly made a seat for him and he taught the first teachings of Buddhism. “The Four Noble Truths!”

One of his disciples realised straight away and they all eventually became enlightened. He went on to provide a whole body of teachings, still just as relevant for the world today. Still providing an opportunity for those following his footsteps to realise and finish into the deathless. I will finish this blog with a verse from the Buddhist Dhammapada. These words were spoken by the Buddha. I have used this verse before but I think it fits well right here:

Heedfulness is the Deathless path,

Heedlessness is the path to death.

Those who are heedful do not die,